Sammy, a first-generation Polish Jewish immigrant, accompanies his Aunt Pearl and annoying cousin Joshua, and his cousin Leah who plays little role in the novel for their summer vacation at the Pine Grove Hotel. Aunt Pearl and Joshua condescendingly treat Sammy as little more than a servant; in fact, Aunt Pearl functionally offers Sammy as free labour at the inn.

A sense of the supernatural is established by Mrs. Leibman, inn-keeper, who believes her grandmother is haunting her. Her grandmother, Mrs. Leibman tells the children, always liked her brother best, and her ghost wants him to have the hotel. When things break and lights go out, Mrs. 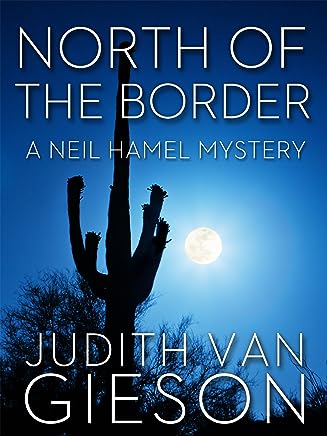 For those who have read more broadly, the plot will seem derivative and the end far too predictable. I've promised to fill in a questionnaire about Kelley Armstrong's The Summoning for a friend's research project, so I set myself to reread the series the questionnaire rather requires it. I remembered reviewing The Reckoning when it came out, and being gratifyingly surprised at how much I enjoyed the series, but I guess time had mellowed my recollections.

Picking up The Summoning for a second time, I was again immediately sucked in to the powerful world of Chloe and her friends. Fortunately, I have a horrible memory for plot hence the need to reread , so it was mostly all new the second time around. But equally enthralling.

I read it through in one sitting, only rising for a Skype meeting in the afternoon and to make dinner in the evening. Almost reneged on that responsibility, actually.

The Journey Of A Lifetime -- The Last Guardian - GMV

All that I said about The Reckoning remains true and please read it so I don't have to repeat myself. Chloe and her friends and associates are very realistically drawn—for teens who have paranormal abilities—and their struggles translate easily into the lives of less "special" teens in the general North American population even better, I would hazard to guess, for otherly-"special" teens in the general North American population.

We meet Chloe as a young child afraid to go down into the basement: not an unusual childhood fear. Chloe, though, is afraid because there really are ghosts, and they speak to her. Sometimes they are benign, but sometimes they are evil and malicious. Her trauma causes her parents to move, and she settles into a normal life. We meet her again as a teen on the cusp of adolescence. Her repressed memories come back as she crosses over that cusp gets her period and the ghost of a dead custodian at her school reaches out to her.


Things go downhill from there, and Chloe ends up in a group home for a two-week diagnostic and therapeutic visit. She finds herself in a classic situation of emotional and psychological tension: is she crazy, schizophrenic, as she is told? Are the other teens crazy? Why are they here, and is she in danger from them? Who can she trust? By the end of the book, she still hasn't answered that last question, although the answers to the first two have become clearer.

She is not crazy: she is a necromancer; the ghosts cannot actually hurt her, despite her fear. This is a powerful realization, but not sufficient to keep her safe. She learns the stories of some of the other teens, but not all.

And she really doesn't know who to trust. And she gets it wrong. This would be troubling if the second novel in the series yes, thankfully, series, not trilogy, as stated on the cover of The Reckoning were not available, but at this point, one can just read on if Book 2, The Awakening , weren't out of the library as usual even now. In rereading my own earlier review I note that The Reckoning leaves the teens set up to take on the world as they know it.

I can't wait to see how that goes for them. This book is deceiving. The cover illustration, the title, and the cover blurb all suggest another lame vampire—werewolf—powerless-female triad, so wrapped up in their teenaged angst and hormones that they leave no room for plot or character development.

Not so. The Reckoning is the third in a series I hope a series, not a trilogy, although the jacket descriptions use both terms that is stay-up-to-all-hours gripping. My one criticism is that the author does not seem to know how to end a story. This, it seems, is not the way of the future…. The level of sexual attraction is minimal—as befits early teenagers—and grows during the course of the narrative. These are general lessons about navigating the world, wrapped up in a mystical fantasy set in contemporary North America.

Armstrong writes well, and balances the real with the surreal admirably.

I do hope I am right about that sequel…. Children are very attuned to the emotional and intellectual ages of their literary counterparts, and while I would recommend this text, it would only be for the lower grades: Grade 1 through 3. Also, I love sea otters. And the BC coast. I was truly delighted when the content of the book lived up to the expectations aroused by the delightful cover.

Kah-Lan opens with a lively description of two sea otter pups in a kelp forest, weaving and leaping through the kelp, nipping each other in play. The fluid motion of sea otters is captured perfectly; Kah-Lan and Yamka are real sea otters, with just enough anthropomorphism to satisfy young human readers.

The sea otter pups must balance their play with a necessary obedience to the parental members of the raft and the constant need to feed. Ostensibly just searching for food as any teen would rationalize disobedience , Kah-Lan gets caught in a riptide and pulled far from his familiar hunting grounds. Once he discovers a greater abundance of food in this new location, he still has to find a way to return to his raft, a daunting challenge given the currents and dangers of the tumultuous waters off the BC coast. Responding to my review, the author told me of her new project, a history of the Okanagan for young readers, that she was working on with illustrator Loraine Kemp.

I have to admit that my interest is not only because Kah-Lan is so marvellous, but also largely because I was born in the Okanagan and raised in the Similkameen, and was excited by the prospect of a history of my home. And now, here it is, in my hand.